2014 is beginning with momentum from the end of 2013 with design projects moving forward after permit and funding approvals in late 2013. We are thankful for our clients trust in our services and their returning to us for design, master planning and construction management.

Some of our projects are highlighted below:

We completed a master plan and Scenic Mountains Act Permit (SMAct) in 2007 for this modern Cabin on a mountain top site which was finished in 2009.

Tucked into a ledge hillside, this hand crafted home is nestled amongst large White Birch, Red Oak and Hemlock trees. It has dramatic views to the SE, East and NE of Monument Mountain, Bear Mountain State Forest and the distant October State Forest in Lee. Designed as a future office this was Phase I for the property. OL Ltd designed all site grading, drainage (using a native stone dissipater system) and minimalistic landscaping. No mow grass seed mixes were used for all disturbed soils.

A fire pit was created using ledge chopped from the house excavation.

This Cabin was awarded a Boston Society of Architects “Honor Award” in 2010 to the Architect and Landscape Architect. It has been featured in numerous design magazines and books and is one of the featured homes on the HGTV Channel’s show “Houses Under 900 square feet”.

Phase II will be the main house, which will echo the Cabin’s architectural style, detailing and roof lines. A separate SMAct Permit was required which OL Ltd submitted in Fall 2013. Due to the siting of the house in relationship to the lower valley view, extensive new tree landscaping was required to soften this home’s presence on the mountain. Natural drainage systems will be implemented for all ground and roof stormwater. Detailed grading, landscape and erosion control plans were submitted along with a Narrative for the Permit. After two public hearings and four site visits with GB Conservation Commission, we completed this permit work which was approved in December 2013.

Photos 1 and 2 by Nathan Eikelberg

Photos 3 and 4 by Craig Okerstrom-Lang 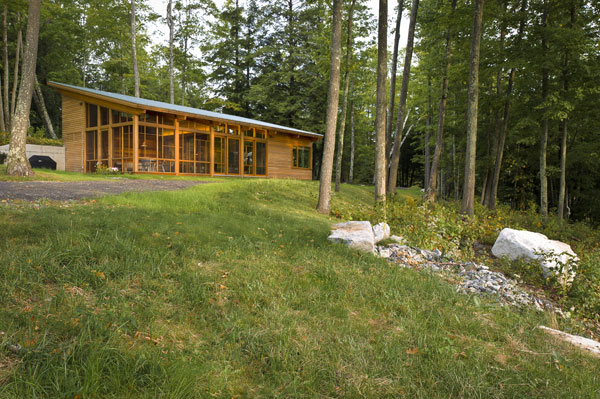 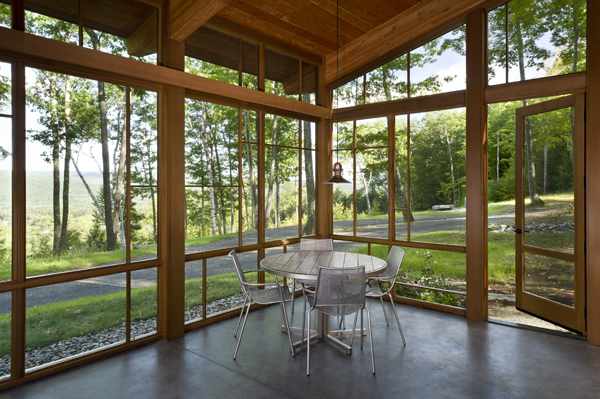 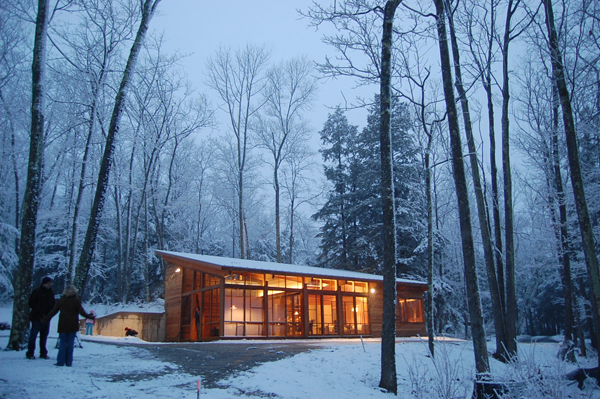 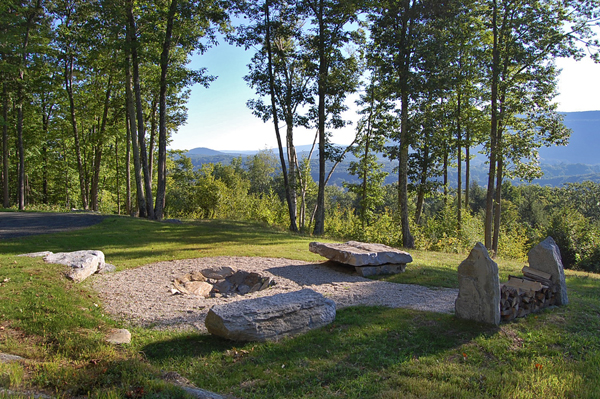 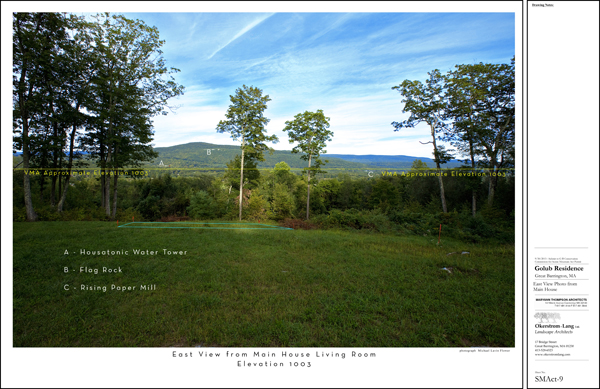 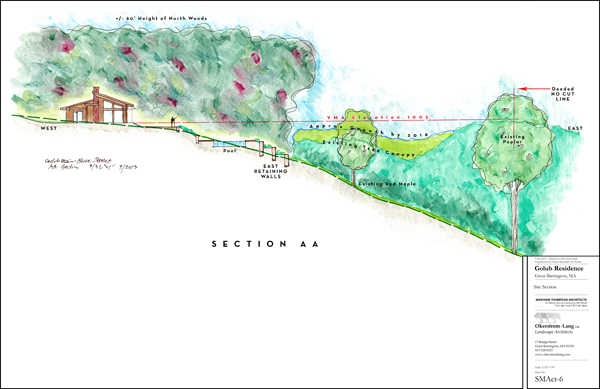 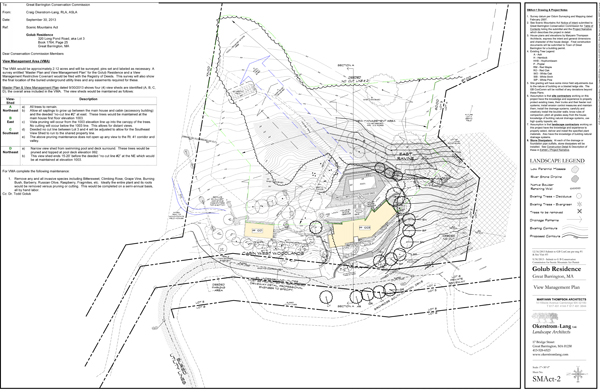 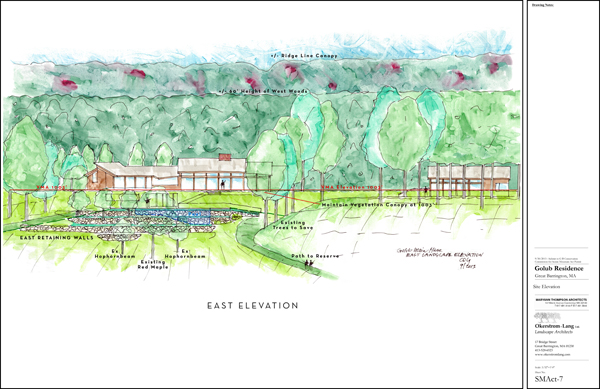 This Gilded Age cottage was built in 1898 for Mr. and Mrs. Curtis J. Judd. The Architect was Patton & Fisher of Chicago. Olmsted Brothers, Landscape Architects, developed plans for the property for layout, grading and landscaping. The original property included most of the northern portion of Lake Mansfield and was quite large in acreage. It is now 12.50 acres.

Unfortunately there are no plans available at the National Park Service Olmsted Center in Brookline, MA. They do have a small amount of written correspondence between Mrs. Judd and their Construction Superintendent and Olmsted Brothers which we have copies of. It is fascinating reading.

Some of Olmsted Brothers landscape features are evident on the property such as:

OL Ltd completed a series of quick master plan vignettes for the main house and carriage barn. The final master plan was used for the Scenic Mountains Act Permit (SMAct) which OL Ltd directed. Detailed grading, landscape and erosion control plans were submitted along with a Narrative. We completed this permit work which was approved by the Monterey Conservation Commission in November 2012 requiring just one public hearing.

Another aspect of this project is the restoration of an original Olmstead Brothers garden. The current owners found period photographs of this garden, plant lists and work orders by Olmstead Brothers in the house attic. Using these documents with a magnifying glass we will identify specific plantings and where they were located in the garden for the restoration.

This project is currently under construction. 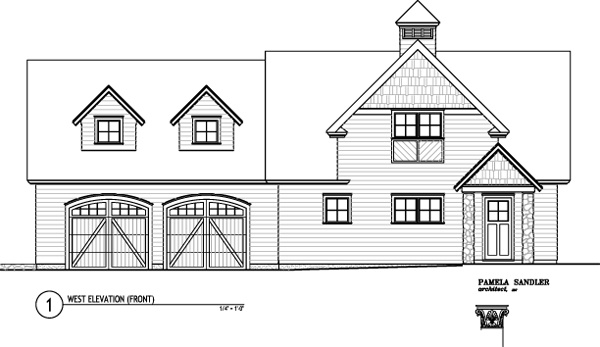 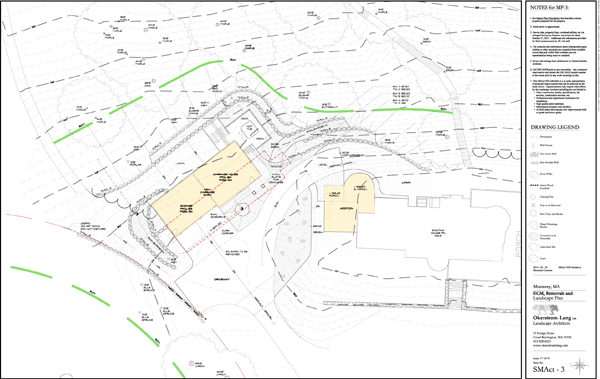 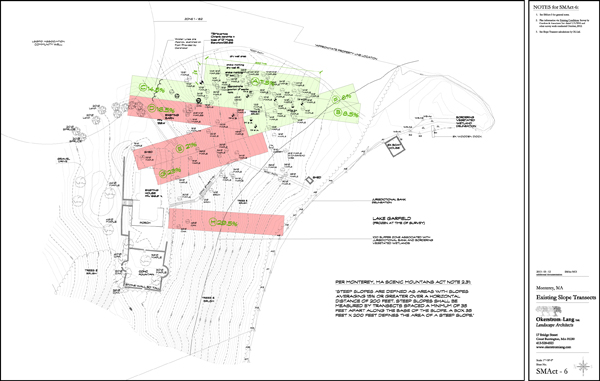 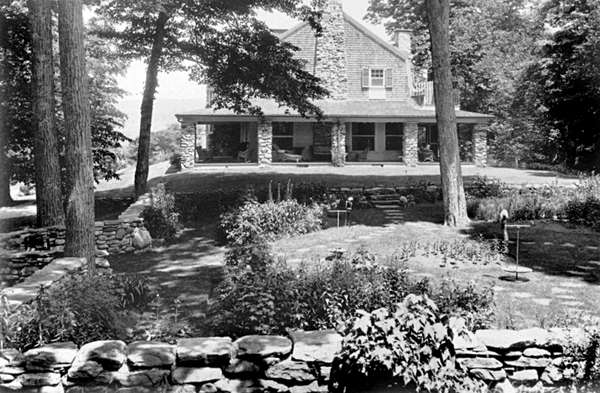 We completed a master plan in 2010 and completed the site and landscaping in a design-build capacity in 2012 along with Rivers Act Mitigation plantings. The house is a renovated farm house that was a former dairy farm. A small Milk House was converted to a one car garage. The main Barn is stabilized awaiting a future renovation.

Traditional flowering shrubs were used to anchor the house to the property. Large Sugar Maple trees tower along the road and behind the house. Heavy recycled granite curbs were installed to stabilize the existing Goshen Stone wall. Tiny succulents fill the gap between the curbing and wall. A new family room opens out onto this new dining terrace. A pallet of bold and colorful perennials cascade throughout the stone walls and entry gardens.

We revisited the property in the summer 2013 thru the lens of Michael Lavin Flower, Professional Photographer, in which the Hydrangeas were in full bloom.

A swimming pool and pool house have been designed for implementation in 2014. 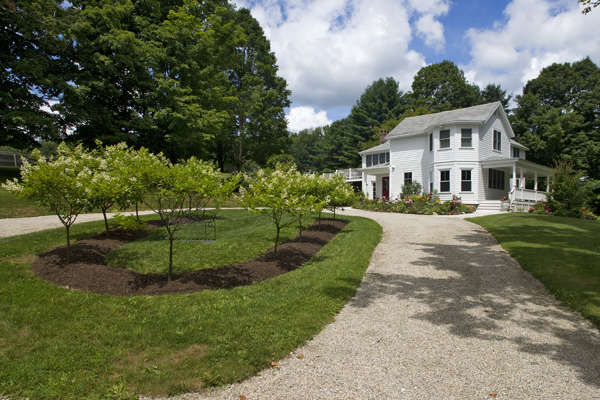 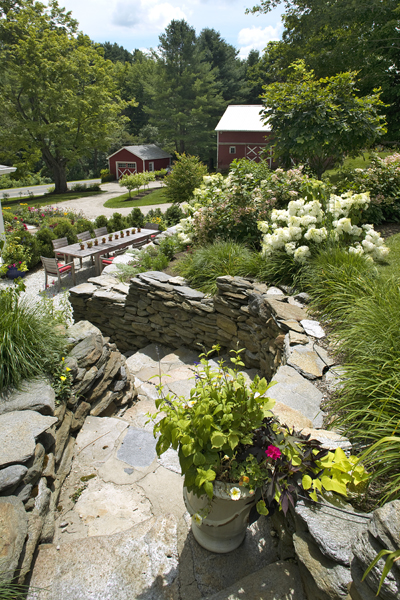 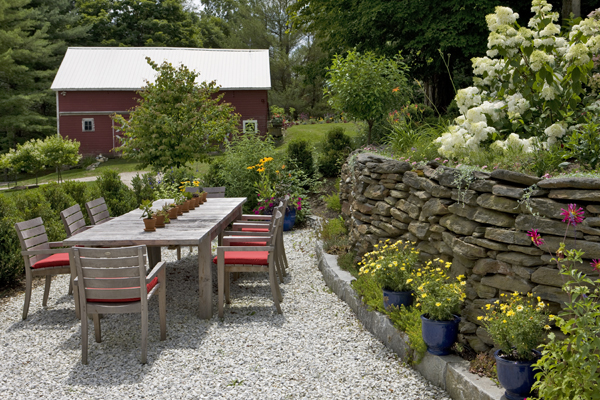 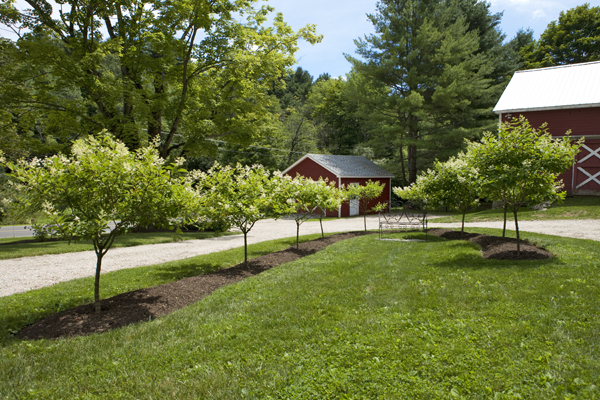 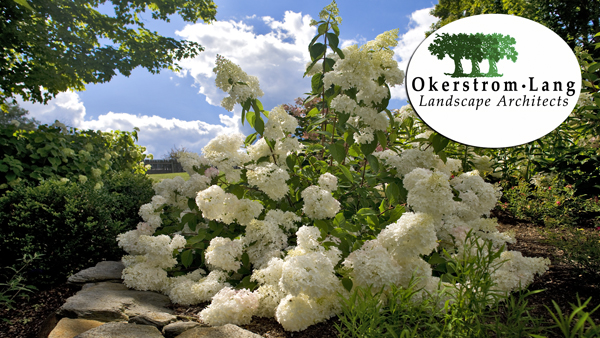 OL Ltd has assisted the Town of Adams since 2002 on a variety of design projects. The latest is quite unique in the entire State of Massachusetts: the first ever combined bike and rail trail which will connect Adams and North Adams along a 5.2 mile route.

Situated across the street from the Adams Visitor Center, this former car wash is being converted to the new Adams Station which will be the southern stop for the Berkshire Scenic Railroad which is moving permanently to this location from Lenoxdale, MA. The new rail line will also service commercial businesses along its route including Specialty Minerals.

A new railroad themed plaza will greet visitors to this train stop. Signage, benches, bike racks, signage, et all will have a railroad theme.

The building will be renovated per a creative design by Robert Harrison, Architect. It will look like an old railroad service building and be used for seasonal gatherings, special events and displays.

The $5.5 million bike and rail trail has been designed by MA DOT Region 1 and is going out to bid for a summer 2014 with ground breaking. 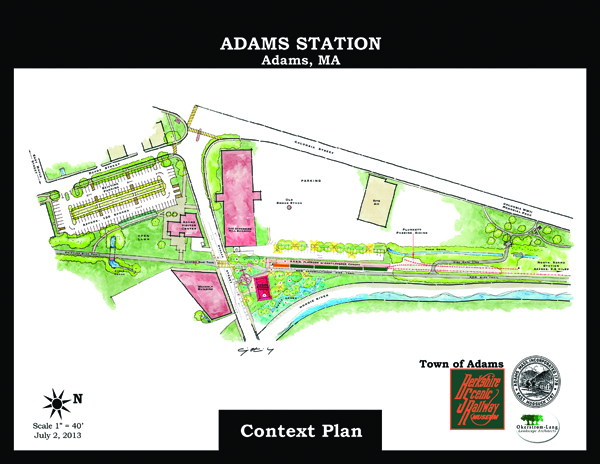 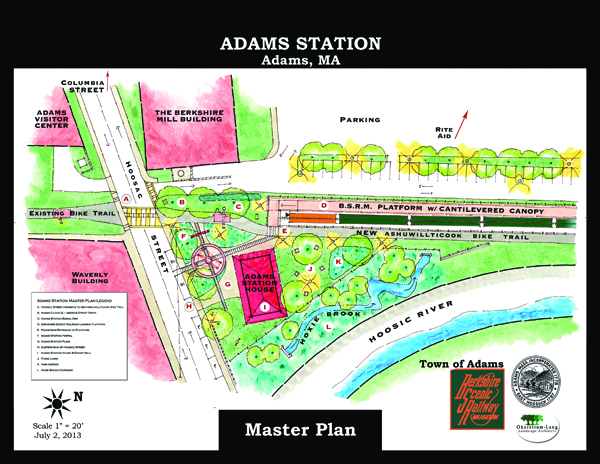 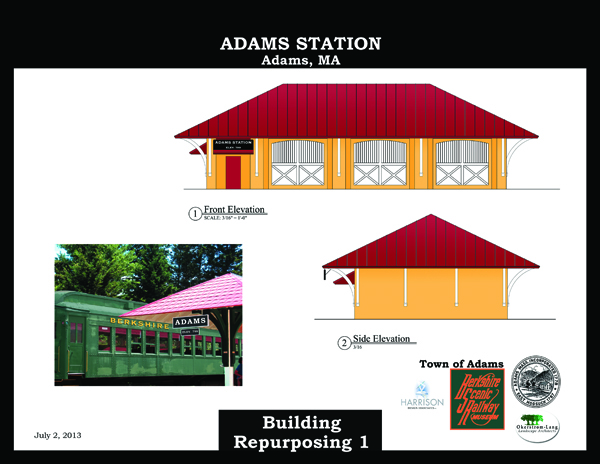 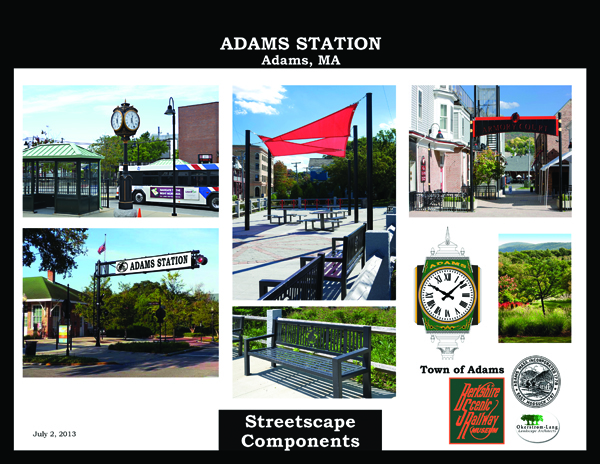 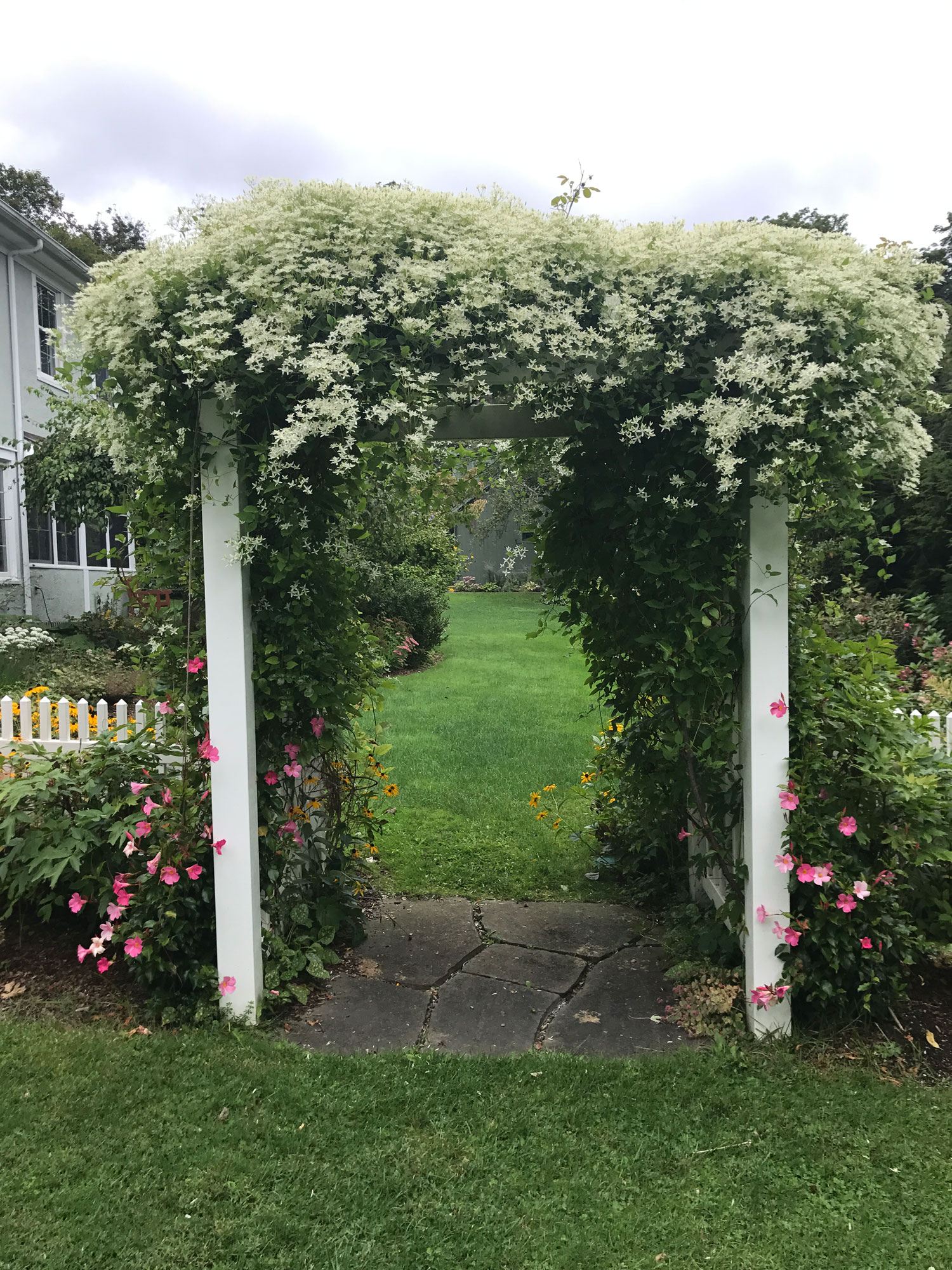 BEFORE & AFTER HOME LANDSCAPES PRESENTATION 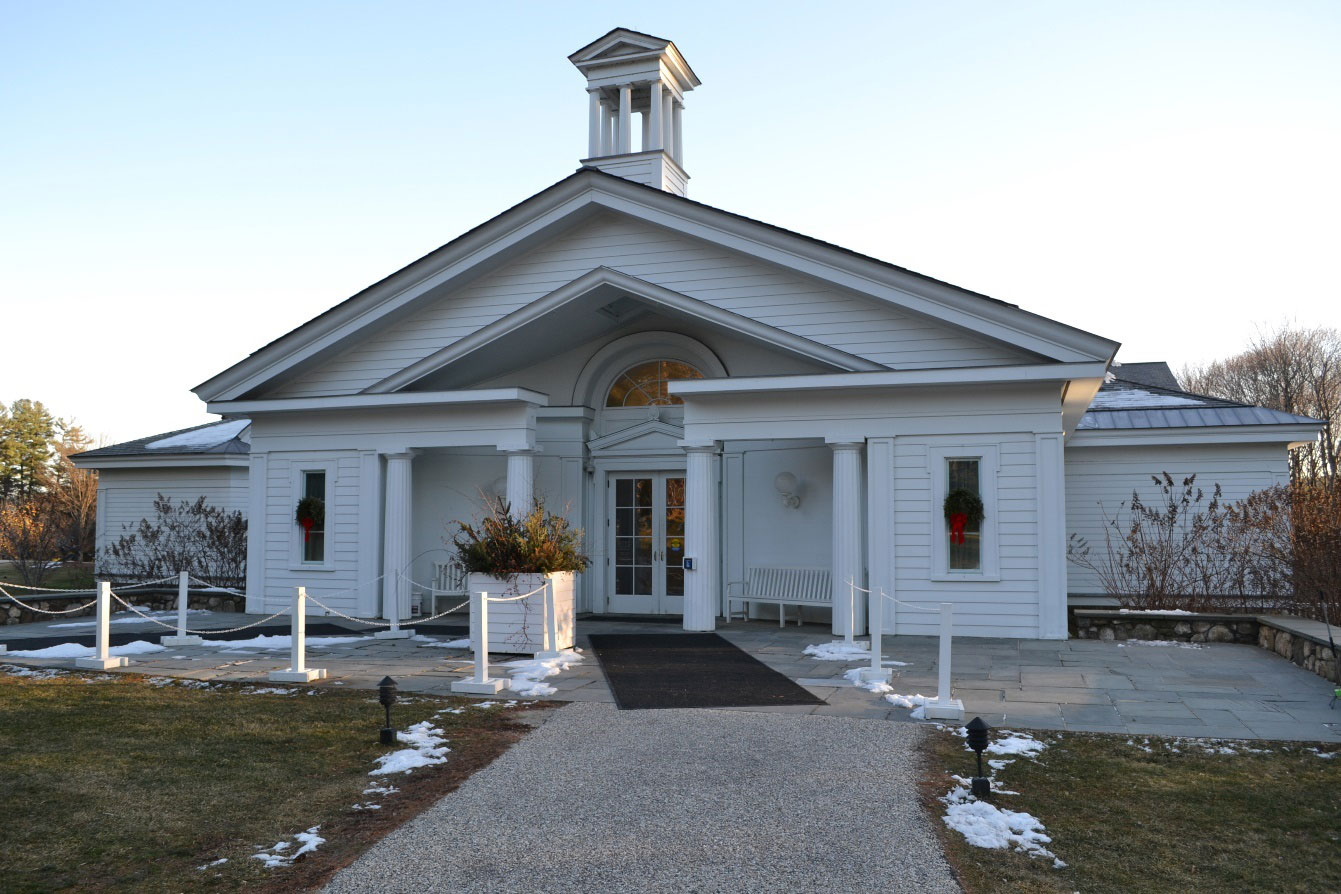 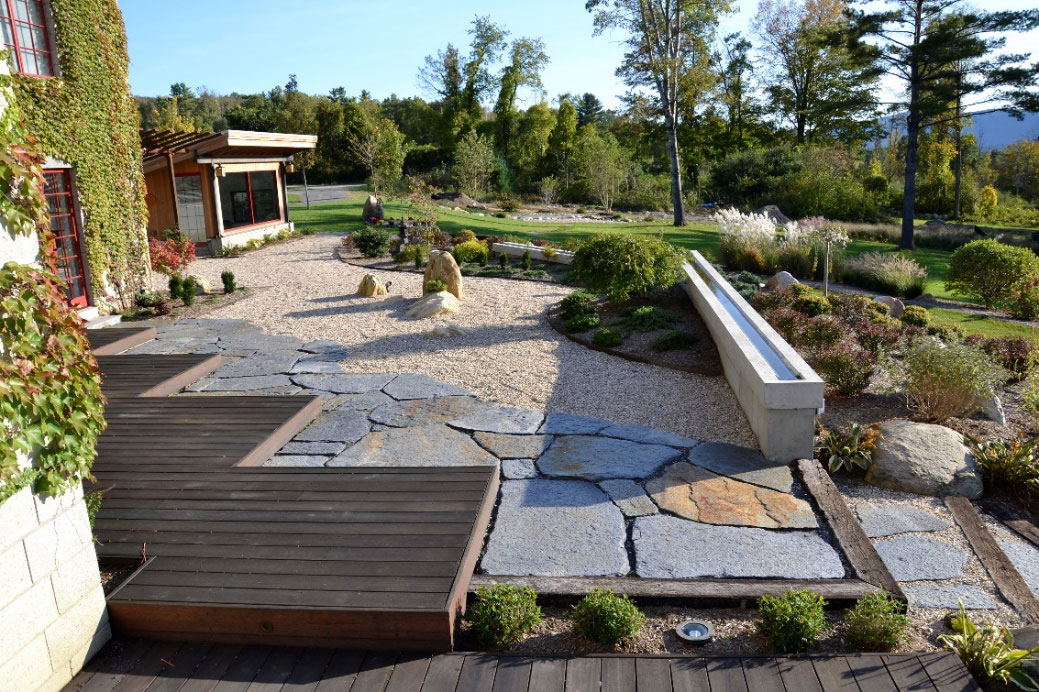